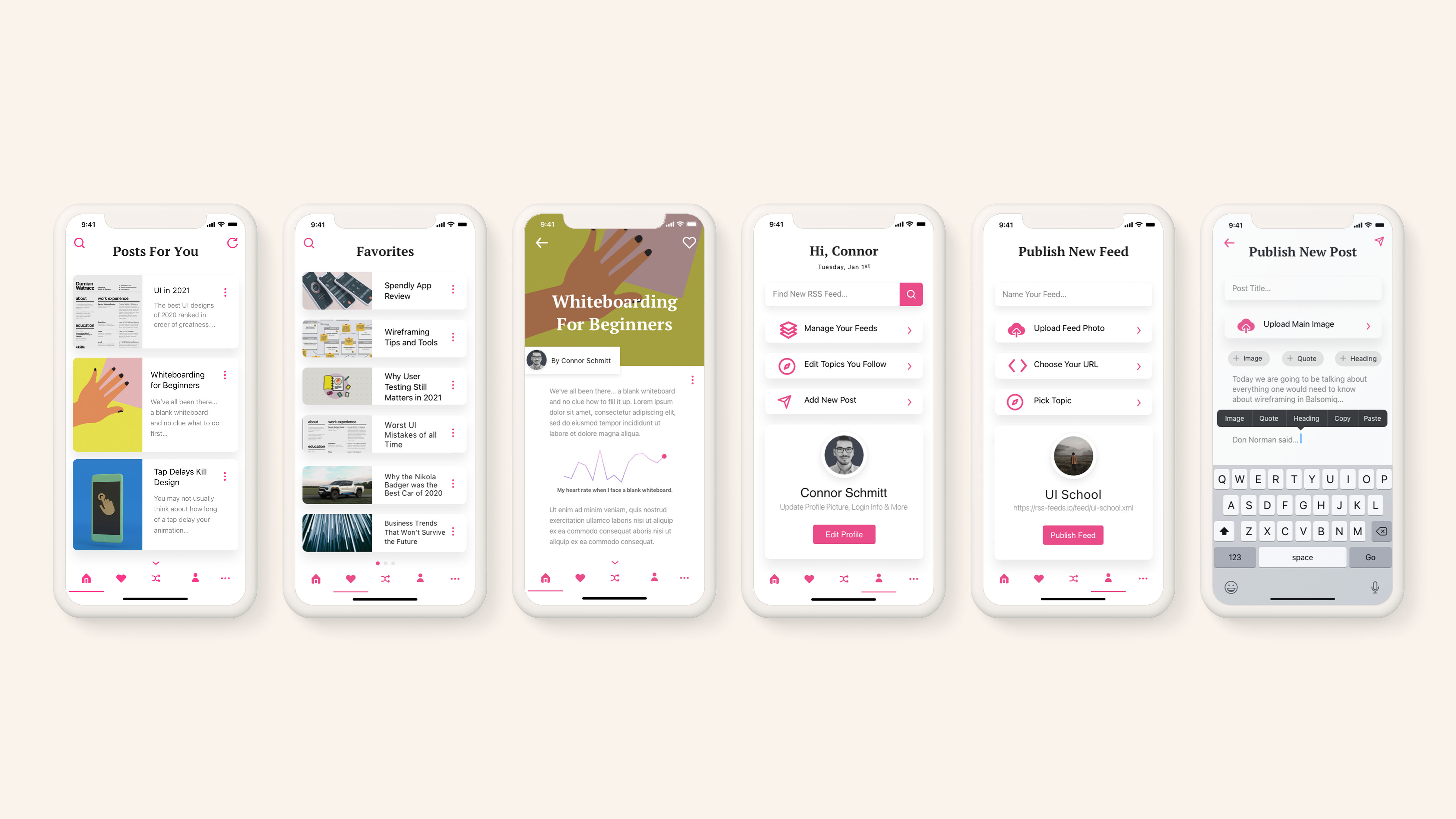 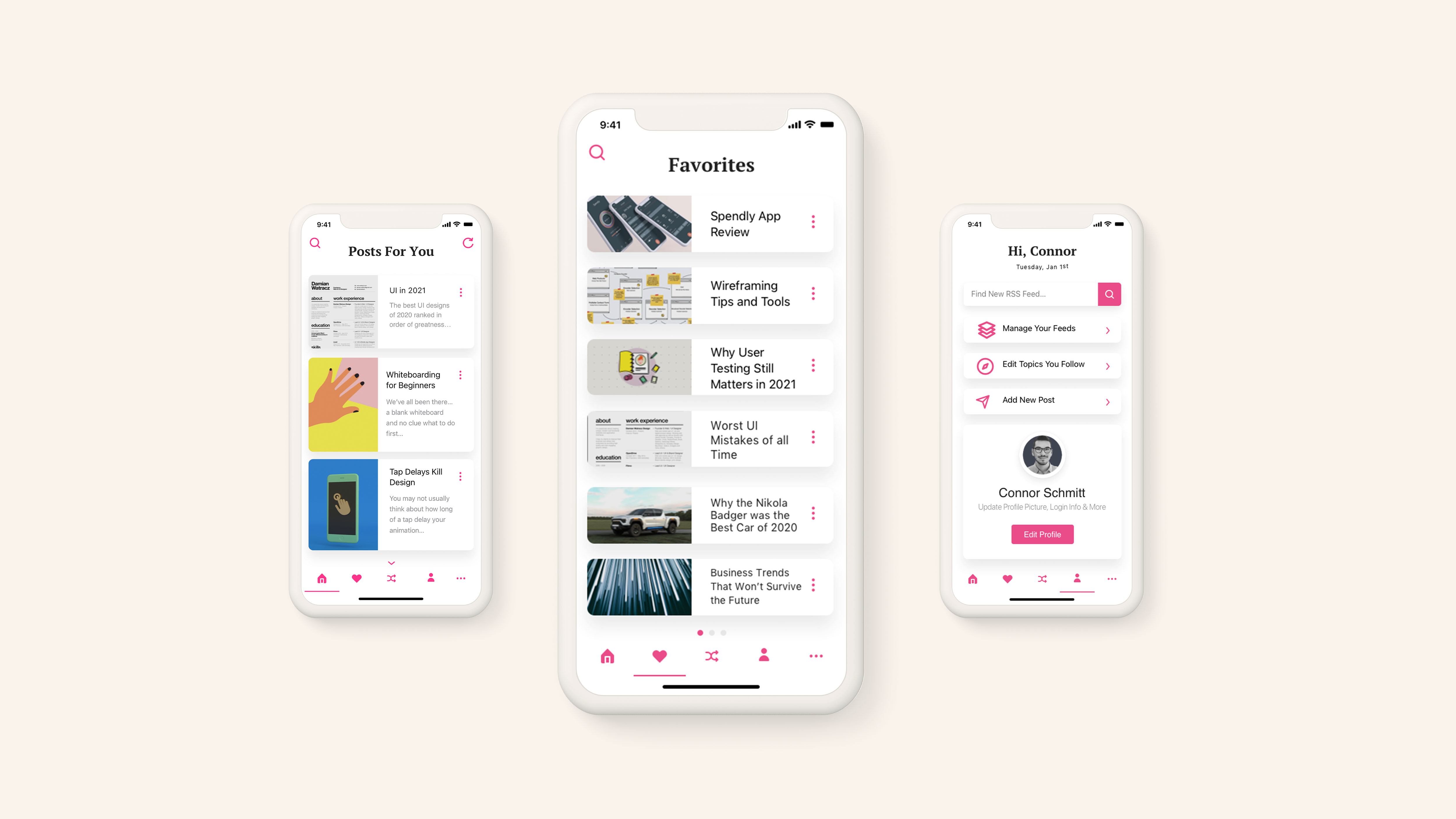 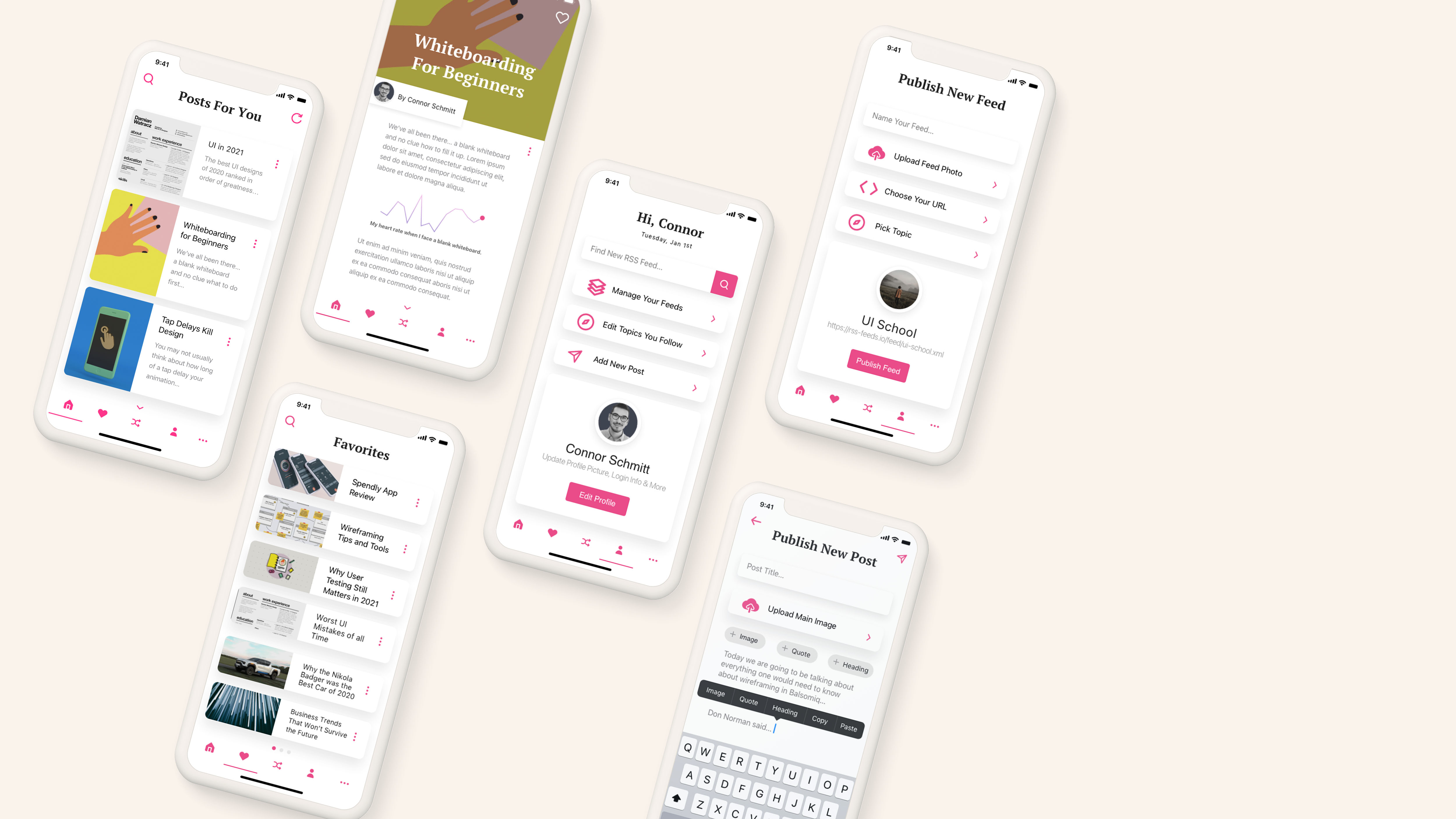 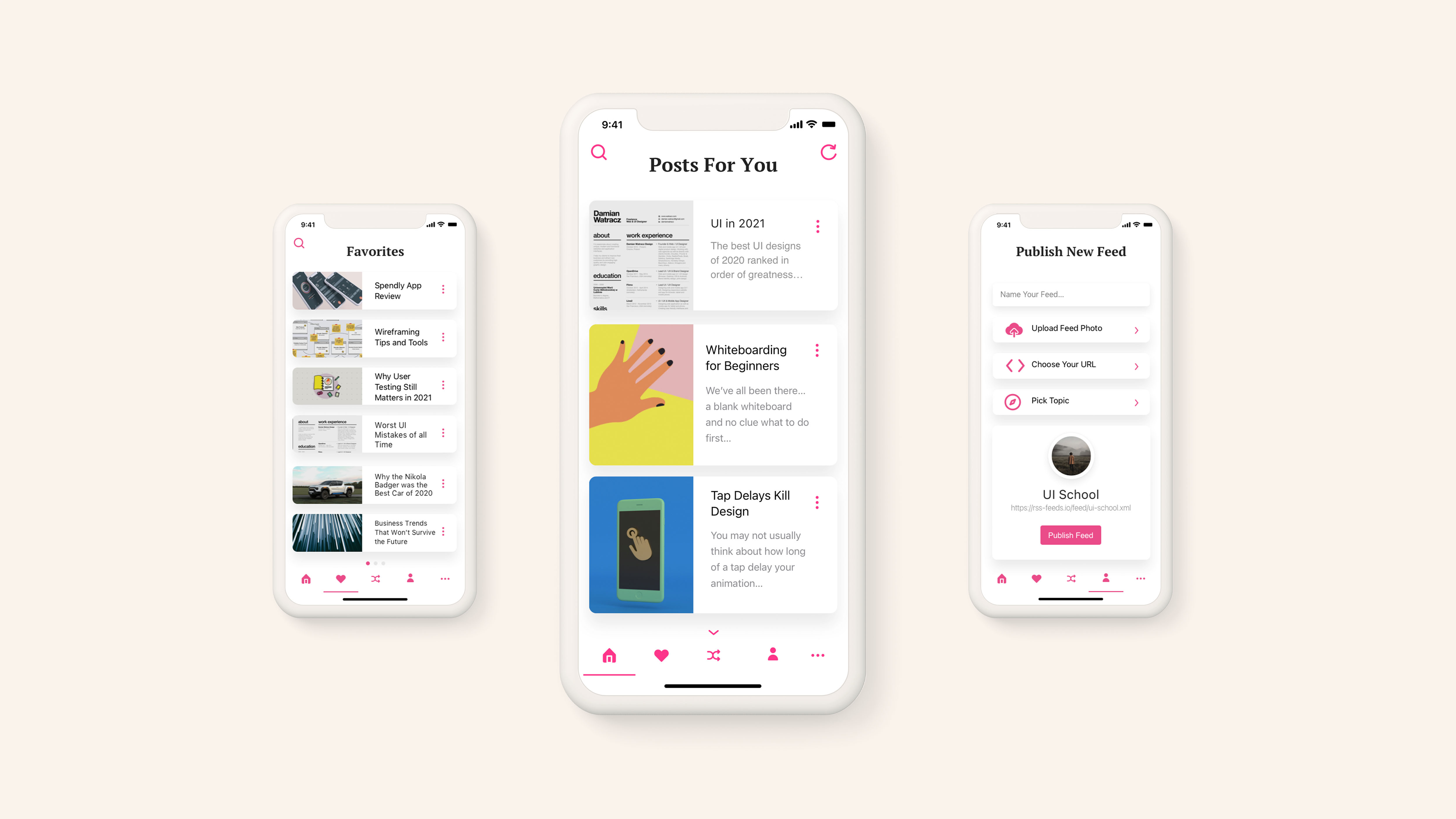 Travis, a Ruby developer who is in love with his RSS feeds, realized every app he tried to use for RSS left him extremely frustrated. As a developer, it took him a while to realize that although feature packed - the problem was the user experience and user interface. When he came to me with this project, I was thrilled! I had already personally experienced this exact same problem with RSS apps a few years back, and I had given up on using them entirely. I took on the UI design portion of the project on an hourly basis.

As I mentioned briefly above - RSS apps are just plain bad. Most are over packed with unnecessary features, or too limiting to even be useful. The real problem, however, is that no RSS apps allow a user to simply create their own RSS feed and post new blogs all within the app itself. If Instagram required a user to learn how to develop a website, develop it, then pay for expensive hosting... very few people would have ever decided to use it! So, the problem in a nutshell, is that there is no "Instagram" of long-form content creation. Medium tries to do this, but limits you to only seeing content that is posted on their platform (and most blogs are not on medium). Our goal was to allow a user to follow any RSS feed they want, create their own, and post blogs to their feed... seamlessly from one mobile app.

We designed this app to provide the perfect solution for someone wanting to follow RSS feeds on their IOS device, or to create their own RSS feed using our built in CMS. We designed it around two personas that were given to me from the client (I did not develop the user personas for this project). With our user personas both being female, the UI design was based on Dribbble's brand combined with Instagram's UI.

The main features of the application are the ability to seamlessly follow any feed you want, find blog posts and save them to your favorites, and create your own RSS feed and blog. We also designed the UI for blog posting within the app itself, everything from imagery to headers and block quotes can be added into a user's blog posts from within the application. 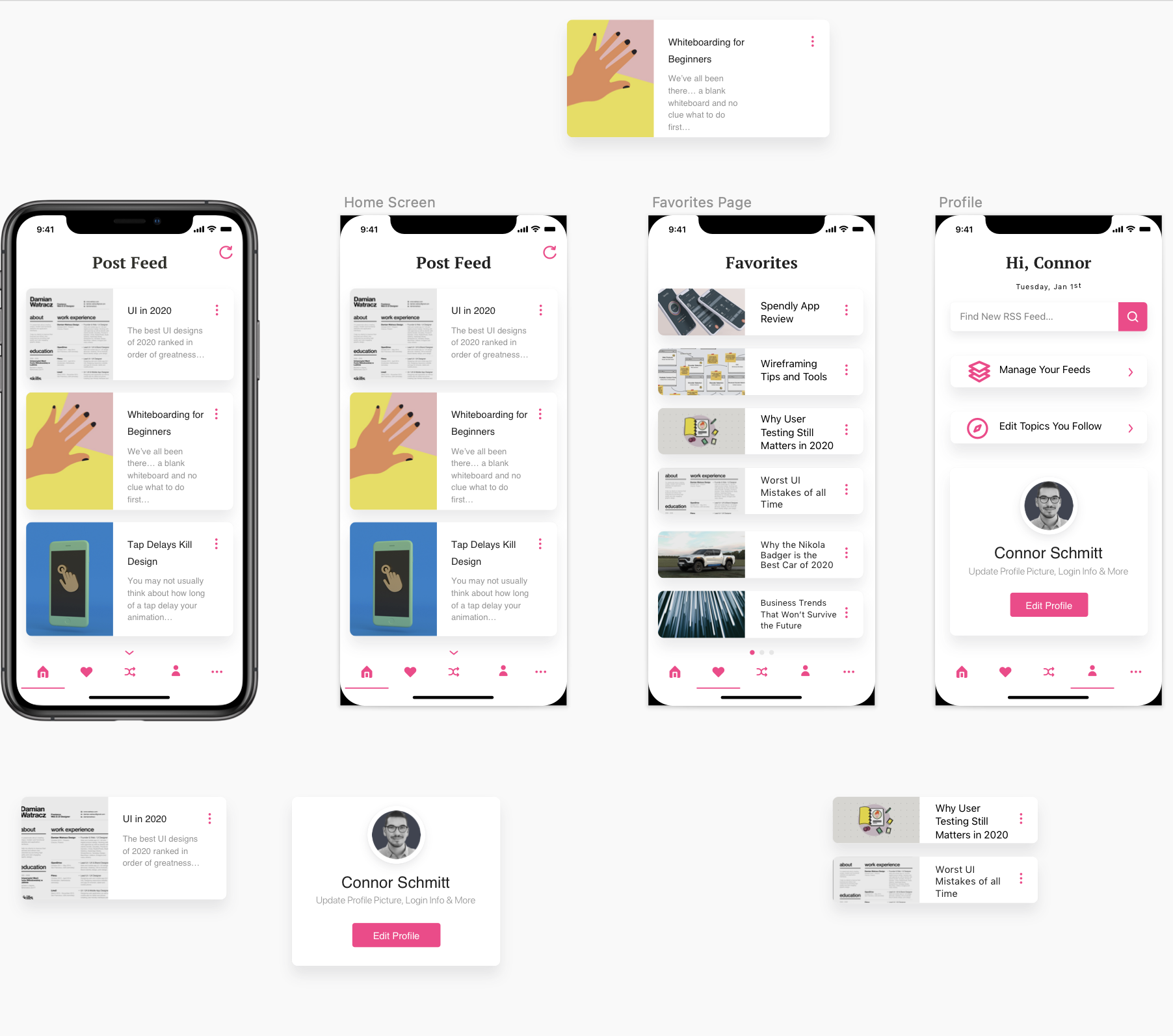 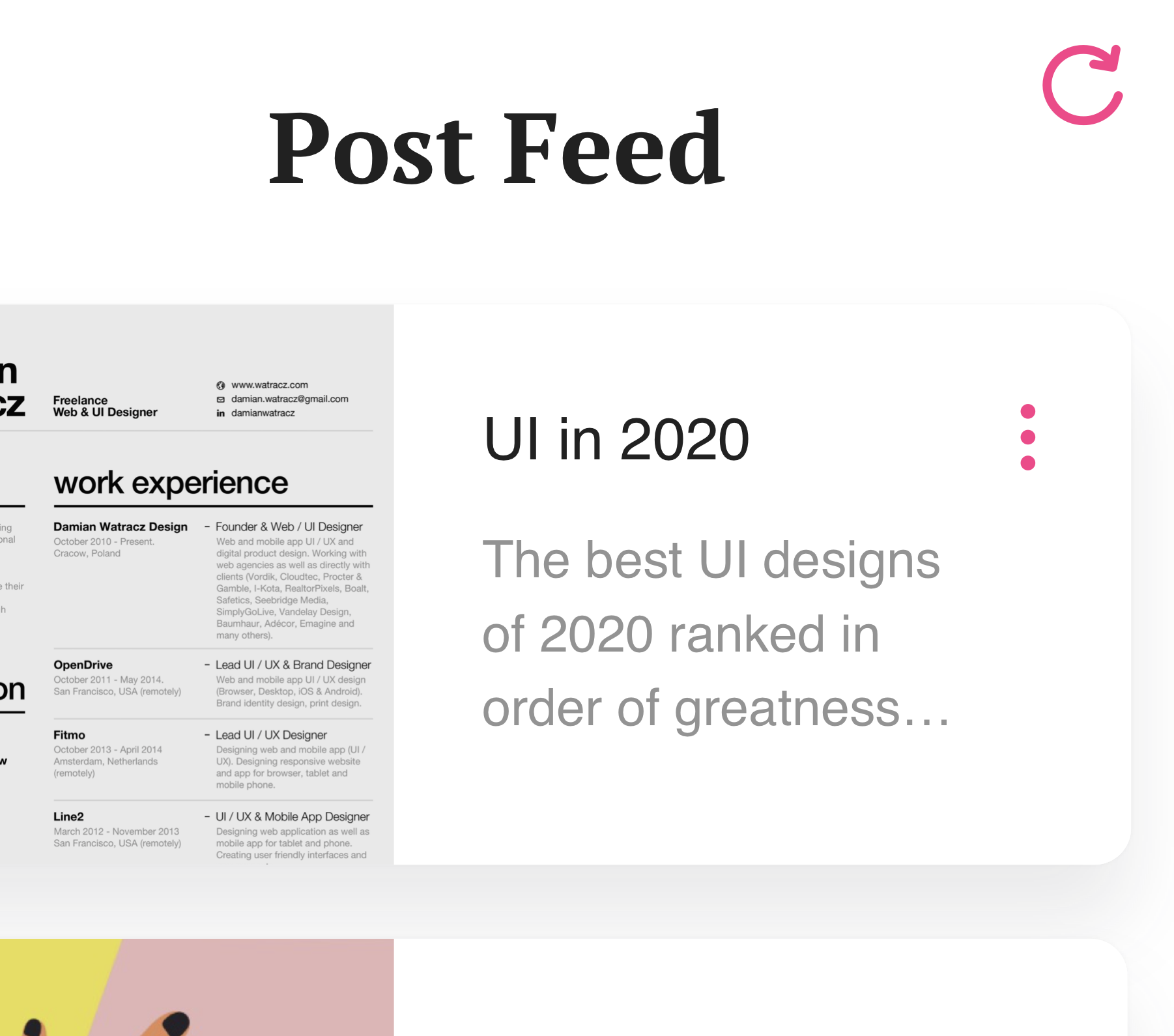 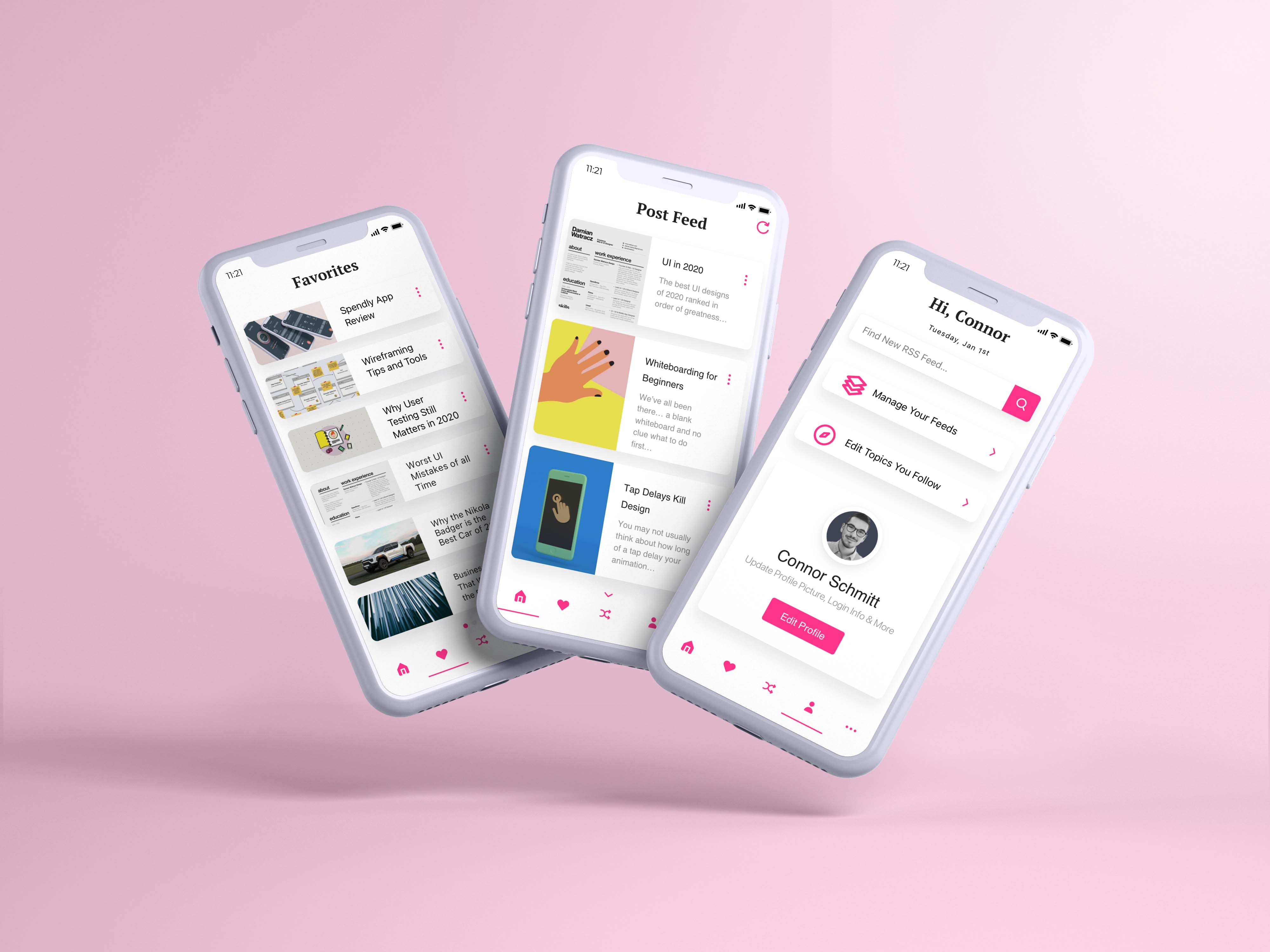