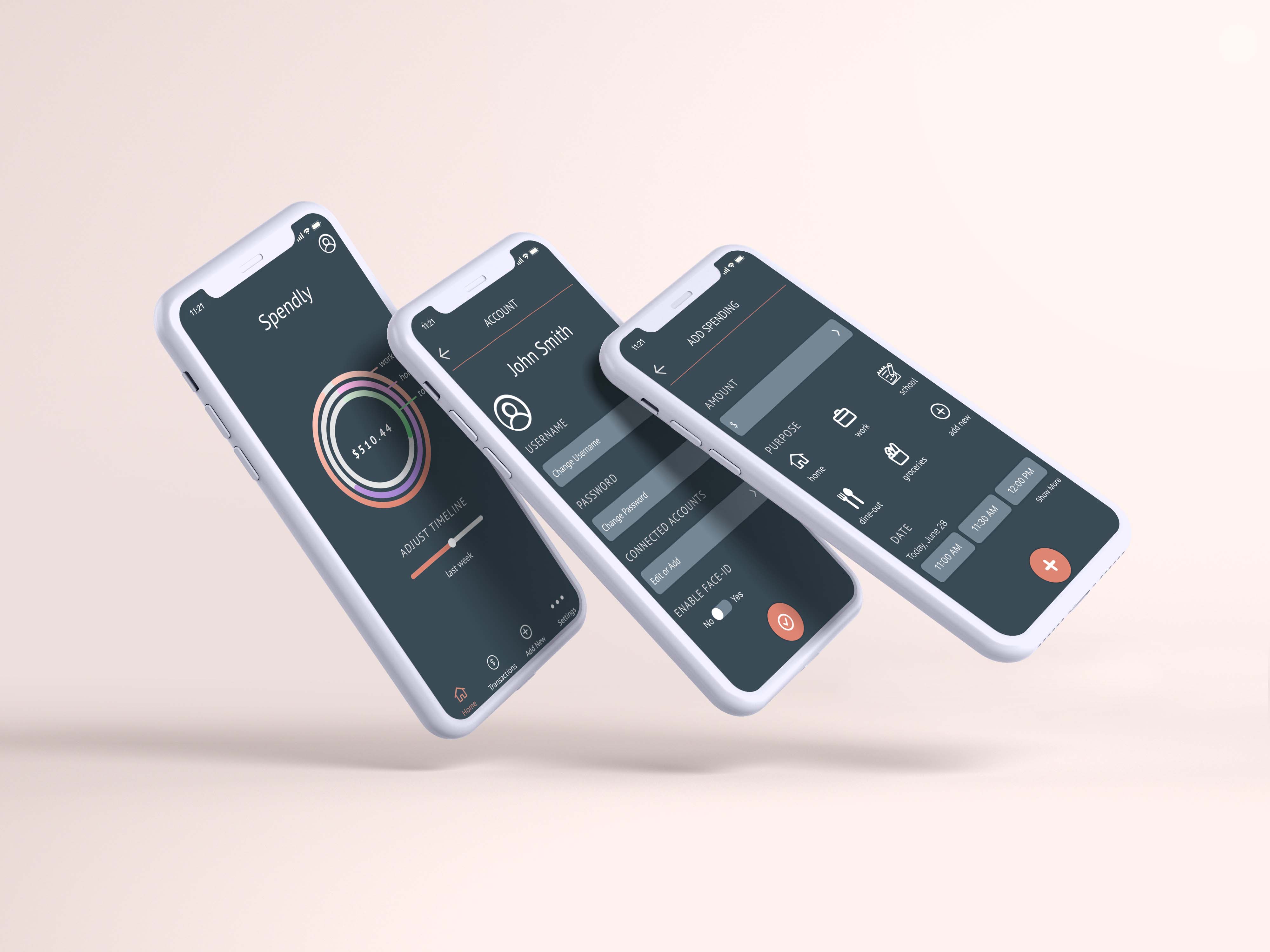 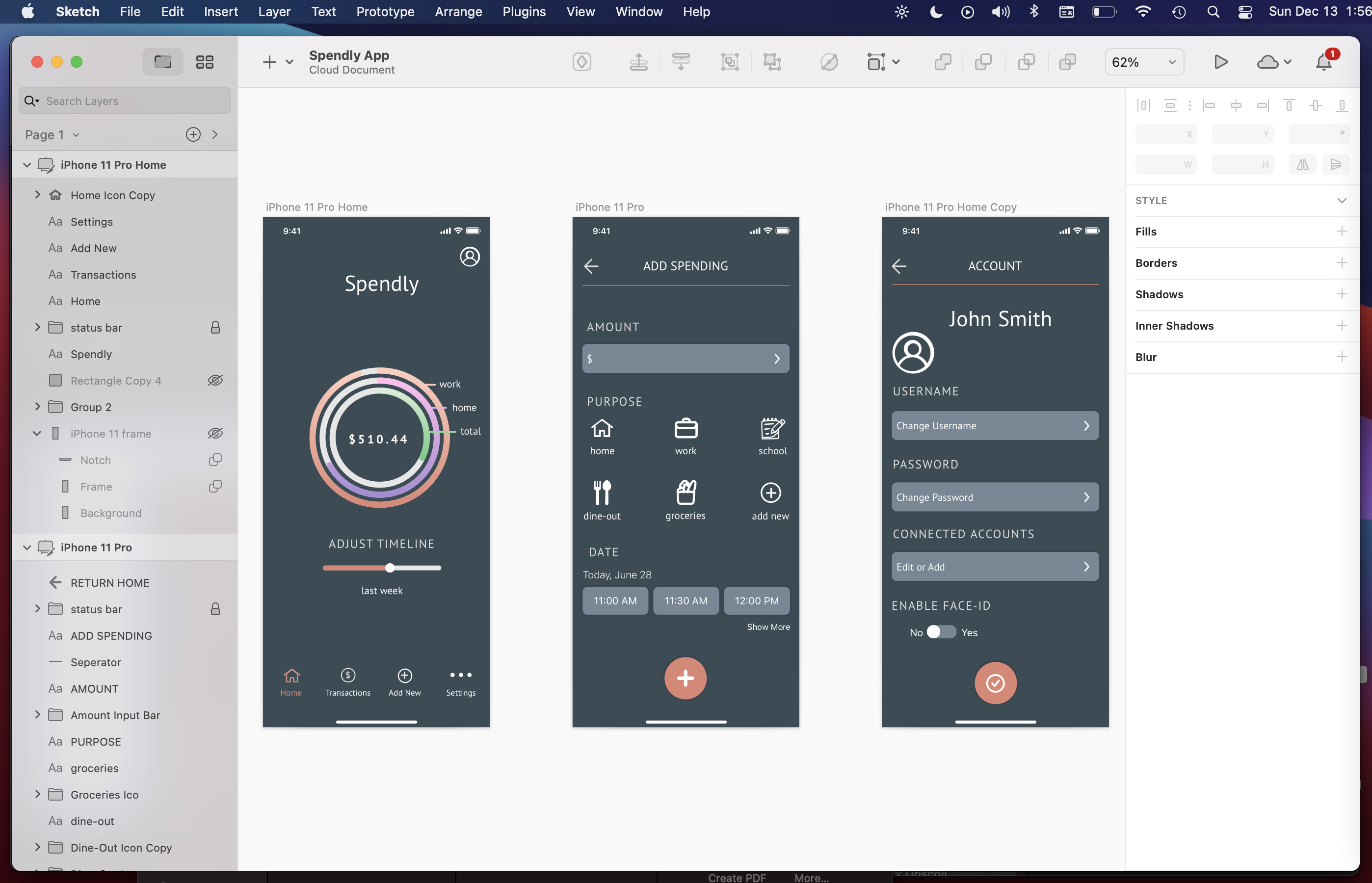 Spendly is one of the first native IOS apps I ever designed professionally. I was hired by a friend of a friend to help her design an app idea she had. She wanted to be able to easily track spending, and easily differentiate between her different types of spending over time between all of her different accounts.

This idea stuck with me when she presented it, an easy and extremely simply finance app? Who's heard of such a thing! At the time, I was primarily designing responsive websites and had just began my journey into UX. Although the budget wasn't extremely large, I leapt at the chance to design the app.

As any UX designer can easily see... I made a couple of mistakes on this design. Mistakes that have since been corrected, but in the final hand-off design were included.

1. The timeline doesn't have a range reference. This means a user has no idea what they will get when they slide to either side of the slider. This isn't great user experience, plain and simple.

2. The transactions screen is missing? Well, not really. When we first came up with the total amount of screens to be designed, the transactions screen was not included. The client wanted this app to be EXTREMELY simple. About half way through the design, both of us came to agreement that eventually a transactions screen would need to be included, and so it was added to the navigation tabs. This project was very limited with budget, however, so the final design did not include that screen, which was presented verbally while fundraising by the client.

3. Settings is called settings in its bottom label, but Account on the screen. Yup. The page is called Account Settings, but that doesn't look great as a label. This was an actual client request.